Omoto
How did the SaaS market perform in 2018?
20018
post-template-default,single,single-post,postid-20018,single-format-standard,ajax_updown,page_not_loaded,,side_area_uncovered_from_content,qode-theme-ver-8.0 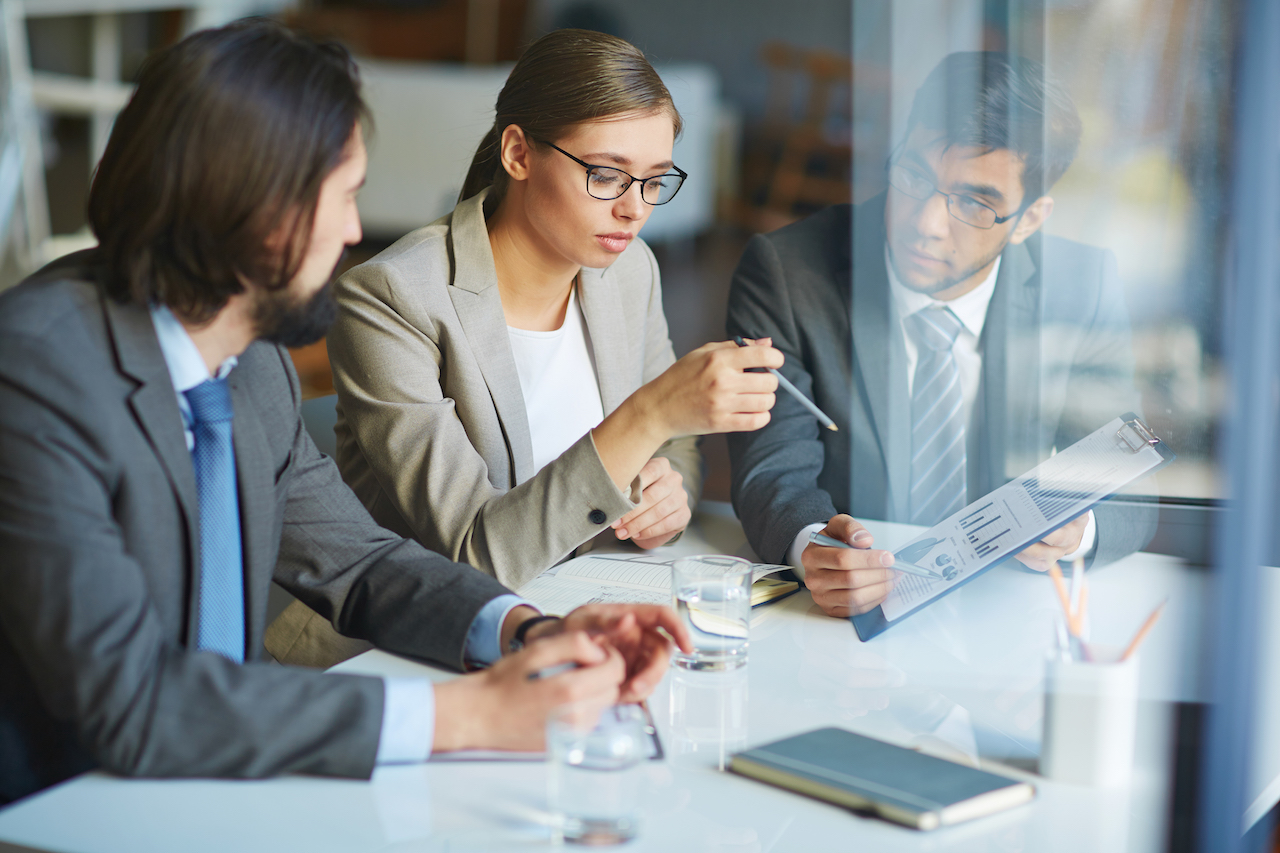 How did the SaaS market perform in 2018?

If you are building a SaaS product, you ought to be interested in this!

Software as a Service (SaaS) has become an essential part of how modern businesses operate. According to a report by Business Wire, the SaaS market is anticipated to grow at a compound annual growth rate (CAGR) of 21.2% during the forecast period 2018-2023. In fact, 2018 was a poster year for SaaS organizations as a whole because it saw several high-growth SaaS companies going public.

As a SaaS company, we are constantly looking for up to date information on what’s happening in the global SaaS market. We figured there’d be other startups like us who would be interested in this information. Hence we thought we’d publish our research data along with our inferences from it. Feel free to share your feedback and comments.

We believe that the cloud market is a precursor to the overall SaaS market because cloud is the platform that makes SaaS a reality. We have therefore presented several data points from the cloud market as an indicator of SaaS market performance. If we classify the SaaS model based on the deployment model, it can be categorized into public cloud, private cloud, and hybrid cloud. Cloud computing forecasts and market estimates showcase that the global cloud market is going to increase exponentially as more and more companies are trying to employ the cloud model in their infrastructure. Let’s have a look at how the SaaS market performed in 2018.

Recently, Gartner released its latest cloud forecast, which predicted that the market will grow by 17.3 percent in 2019. Cloud system infrastructure services, which is the fastest-growing segment or infrastructure as a service (IaaS) — is predicted to grow by 27.6 percent in 2019. The Worldwide Public Cloud Services Market is projected to grow to a total of $206.2B, up from $175.8B in 2018 according to Gartner. In 2018, the market will grow a healthy 21% up from $145.3B in 2017 according to the research and advisory firm.

Though an e-commerce company originally, the business model of Amazon has undergone a rapid transformation in recent years. To the surprise of many, the prime business of Amazon is neither its e-commerce business or Amazon Prime, but a B2B cloud service called Amazon Web Services (AWS).

In Q1, services accounted for 40% of Amazon’s revenue, up from 26% three years earlier. In Q2, AWS, the leader in the cloud infrastructure market, accounted for 55% of the Amazon’s operating profit, despite contributing only 12 percent to the company’s net sales. The total revenue contribution of AWS in the company’s balance sheet amounted to $6.1 billion.

While AWS comprises 41.5% of application workloads in the public cloud, a close competitor Microsoft Azure is steadily catching up. In its recent Q4 FY 2018 earnings report, Microsoft reported that revenue generated from Azure grew at 89% compared to Q1 FY 2017, marking a growth rate almost as twice as that of AWS.

Followed by AWS, the most popular cloud infrastructure platform, Azure currently has a market share of 29.4% considering the installed base. Google Cloud Platform ambles with 3.0% of the application workloads followed by other players such as IBM and Rackspace consisting of 20.7% of the market.

A whopping 80% of the enterprises are both, running apps on or experimenting with AWS as the favored cloud platform followed by 67% of the enterprises who’re using Microsoft Azure. In 2018, enterprise adoption of Microsoft Azure saw a stupendous growth from 43% to 58%, attaining a 35% CAGR while AWS adoption increased from 59% to 68%. The figures themselves conform to the fact that enterprises are gradually shifting their data from in-house data centres to the cloud, primarily because CIOs and business leaders have begun to understand the transformational aspect of cloud computing for their businesses.

To state a few examples, Capital One has hosted the bank’s mobile app on AWS; GE Oil & Gas is migrating most of its computing and storage capacity to the public cloud to reduce risks associated with operations as well as to optimize cost; Maersk is migrating its legacy systems to cloud to optimize processes while enabling advanced analytics to streamline operations.

An exponential increase in CAGR in Enterprise SaaS market

Microsoft leads the SaaS market with a market share of over 17% and an annual growth of 45%. The total enterprise SaaS market as a whole is presently generating $20 billion in quarterly revenues and the number is growing at a CAGR of 32%.

According to data from Synergy Research Group, Salesforce remains the dominant player in CRM, but this segment is relatively low growth compared to other SaaS segments, enabling Microsoft to pull ahead in the overall SaaS market owing to its leadership in the high-growth collaboration segment.

If we look at the sector-wise maturity of adoption of cloud platform, financial services lead the pack with a median adoption rate of 19%. The growth is commendable when compared to other sectors like insurance and healthcare. However, on an average, enterprise cloud adoption remains low, at around 20%. The reason for this is  that although SaaS solutions have become popular for various business functions like marketing, sales, and HR, there is a lack of mature solutions for core business processes such as online banking in financial services.

Series of acquisitions in SaaS

There were about 169 acquisitions at an average amount of $1.3B in 2018 alone! Topping the list is German enterprise software giant SAP SE acquiring survey software specialist Qualtrics International Inc. for a hefty $8 billion. Next in the list is acquisition of GitHub, a code repository host and development platform by Microsoft for $7.5 billion. These are followed by acquisition of MuleSoft by Salesforce, acquisition of Marketo by Adobe, CallidusCloud by SAP and the list goes on.

What does this mean for the SaaS Market?

In an interview with CNBC, Nadella stated,

Microsoft is a developer-first company, and by joining forces with GitHub we strengthen our commitment to developer freedom, openness, and innovation.

Looking at the events preceding the acquisition, Microsoft was the number one open-source contributor to GitHub in 2016, beating out other tech giants like Google and Facebook. In 2017, more than 1,300 Microsoft employees actively contributed to 825 top GitHub repos. Looking at the past events, it looks like the acquisition was a key strategic decision made by Microsoft, considering the fact that Azure and AWS have historically been two of the largest competitors in this space and Github might provide Microsoft access to a pool of vastly talented developers which in turn would push its future plans.

Moving on, perhaps the biggest example which reflects the value of using advanced automation to support the buyer’s journey is Adobe’s acquisition of Marketo, which marks this acquisition as Adobe’s continuing rapid growth in MAP (Marketing Automation Platform). The combination of Adobe and Marketo offers significant possibilities to B2B marketers thus empowering them to integrate one-to-one marketing and real-time personalization with great digital design and experiences in their marketing campaigns.

Valuation of the SaaS companies

In an interesting analysis by Tomasz Tunguz in his latest blog,  he presents a study of the median PE ratio for public SaaS companies since 2014. The market stood at a forward multiple of 7.7x in February 2014 followed by a long descent to 3.3x in 2016. The market moved to a new high of 9.5x in September 2018 but then further fell to 7.1x.

As evident from the above graph, SaaS companies  like Atlassian, Okta and Alteryx have benefited from multiple expansions over the last 12 months. If we look at the implications for early stage startups, venture investments has been strong in 2018 and would continue with the trends in 2019. Rising interest rates can escalate venture debt which would further effect the exit markets. Though the shadow of recession is lurking and there is volatility in the public markets, SaaS companies are still some of the most expensive equities around which of course is a positive indication for startups.

The overall performance of the SaaS industry in 2018 can be summarized as following:

Thus overall the growth in SaaS market across different segments was positive and the numbers are expected to increase manifold by 2020.

How to get customer experience right in 2019?