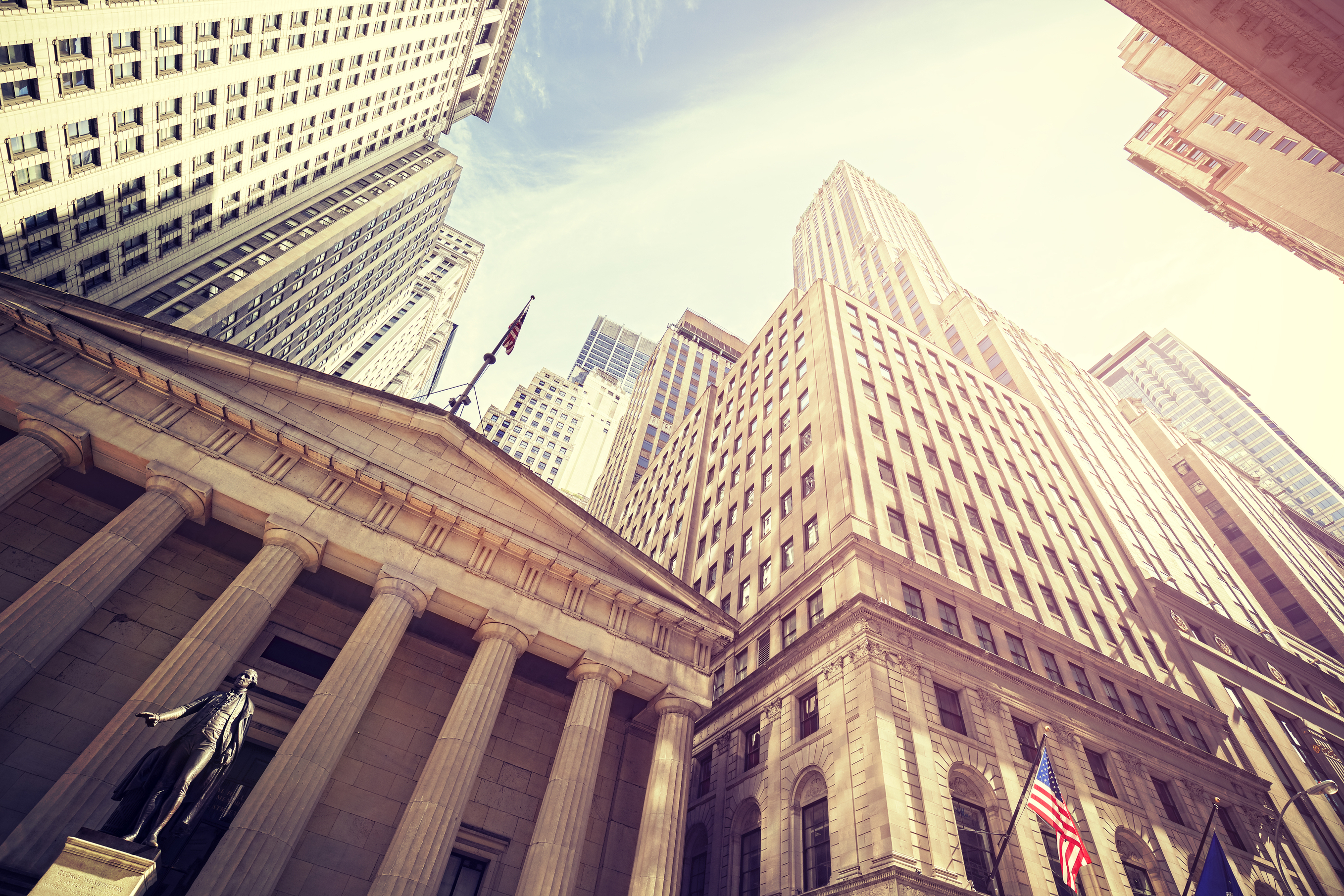 Here, we would discuss what the top three financial companies with respect to their NPS (Source: NPS Benchmarks) and what they do that renders them way ahead of their competitors.

An insurance company based out of Texas, The United Service Automobile Association provides a range of financial services for its customers – people and families who have served or serve in the United States military. Started by a group of military officers in 1922, USAA has gone on to become $122 bn worth company. A group of military officers decided to self-insure each other when other companies refused to give them car insurance since they were in a high-risk group. And that’s how USAA was born.

To understand the magnitude of its customer-centricity, you must check out its Twitter page. During the event of any catastrophe, USAA is continually looking to make things easy and convenient for its customer base through its social media channels. Its cornerstone is, undoubtedly, customer happiness. Have a look at a few of its tweets yourself.

Do check out this video too:

So, how does USAA manage to be customer-centric despite its size and industry-type? According to me, here are the three major reasons for its success.

You’ve got to start with the customer experience and work back toward the technology- not the other way around.

Looks like this is just the adage that USAA adheres to. USAA is one of the pioneers in the use of technology in the financial services sector. Furthermore, all of its technology innovations have been done keeping the customers at the heart of decisions. Let’s take a look at few of examples:

These examples show a company that is obsessed about customers and is exploiting the potent tool of technology to further its goal of customer-centricity.

One of the most pivotal areas of focus for USAA is its training program for employees. Now, USAA serves the military and their families, and it can, understandably, be difficult for regular employees to empathize with such customers. USAA has some innovative and extremely effective training program to help the employees get into the shoes of its customers. While the regular role-playing and training help, here are some of the unique programs that USAA runs to help its employees understand the hardships and adversities that its customer-base faces and thus become more customer-centric.

It has an army sergeant introduce the training program. Employees eat ready-to-eat foods and carry huge loads on their backs to understand the life of the military personnel along with reading letters from soldiers and their families. Isn’t this a commendable way of making an employee empathize with its customers?

Yes, you read it right! USAA just does not encourage its customers to buy more than what they need. In fact, if any of its customers are on the package that they no longer need or are wanting to buy something that they don’t require, its employees are encouraged to down-sell to such customers. Woah! What a great way to build trust amongst customers.

First Direct is a United Kingdom-based telephone and internet bank. It takes pride in calling itself a ‘people-powered bank.’ According to its website, this is how it defines itself:

“The bank that does things differently. The bank that never closes. The bank with real people answering the phone 24 hours a day, 7 days a week. We’re the bank that changed what being a bank means – we’re not over there, on the high street, we’re right here, on your mobile or laptop. We’re first direct. We love what we do. We love coming to work every day – even Christmas Days and New Year’s Days. Even Mondays – oh yes… And it’s all for you.”

Its website states that First Direct has won more awards for service than any other bank in the UK. With its laser-sharp focus on customer experience, little wonder than First Direct is one of the most loved banks in the world.

Check out this video to see understand the magnitude to which it loves its customers:

Here are three major reasons for the massive success of First Direct:

For a bank that never sees its customers and for a bank where the customer probably won’t talk to the same employee twice, it becomes of paramount importance to give a uniform experience throughout the life cycle of the customer. Hence, it is imperative that there be well-defined processes and well-trained team in place.First Direct is extremely stringent in its recruitment process. It generally wants people who have similar attitudes and who would be aligned with the company’s values. Can you believe that about one in hundred people who start the process get elected! And their entire recruitment process is dependent on the ideology, character, ethics, and values of the candidate rather than their technical capabilities.

For a bank where the employees work even on Christmas, don’t you think it’s critical that the employees love their workplace? First Direct ensures that they really do! Many initiatives are taken to keep the employees happy and motivated at the workplace. One such initiative caught my eye: on its intranet, there is a feature called ‘Online Thank You’ system whereby any employee can thank another one. This feature is widely used by the employees and the CEO alike, creating an overall culture of gratitude and warmth.

Let’s see how any regular bank functions: it operates between 9 am and 5 pm; it works for only half a day on Saturdays; once you reach the bank, there are huge queues, the staff is generally dismissive, and transactions are arduous and time-consuming. Now, from a customer’s point of view, these are all hindering his experience of banking.

However, since these are norms in the banks, nobody complains. First Direct radically changed this model. It came up with a branchless bank, which is open all the time – 24 hours a day, 7 days a week, 365 days a year! What’s more is that you can talk directly to the people at the bank instead of IVR, adding the personal touch to its services. The entire company, its policies, and its practices are built with a single idea in mind: customer’s convenience. Since these characteristics are unusual for a regular bank, First Direct likes to call itself the “unexpected bank.”

In an interview from a few years back, the CEO of First Direct, Tracy Garrad speaks about a marketing campaign where the bank put together the online sentiment of the customers towards it, displaying ALL feedback (positive, negative, and neutral) that customers were giving and updating the feedback real-time. The bank firmly believed that getting only positive comments was not important; rather, taking corrective actions on the negative reactions and resolving those issues were more important. This campaign portrayed the brand as an honest and transparent one that is genuinely looking for constructive feedback.

This financial services behemoth needs no introduction at all. Headquartered in New York and more than 150 years old, American Express is currently the world’s largest card issuer by purchase volume. It operates in more than 130 across the world and has a total revenue of more than 32 billion dollars. Despite the magnitude of its operations, Amex’s commitment towards customer experience never ceases to amaze.

Here are a few lessons we can learn from American Express.

I recently read about this experience of Customer Experience guru Shep Hyken with American Express. So, Mr. Hyken’s American Express card got stolen and he didn’t realize it. Unfortunately, the thief was on a spending spree. Mr. Hyken received a call from American Express enquiring about his transactions and it was only then that he realizes that his card was stolen. The American Express agent said that the card would be canceled and that he would not be responsible for any of the charges. Furthermore, she assured him that a new card would be issued to him despite the fact that he was away from his home!!What does this story say about American Express?

Owing to its humungous number of customers, American Express has a huge repository of data. After the 2008 financial crisis, Amex realized that small businesses needed the lift and that nearly 93% of the customers preferred to shop with the small businesses. As a counterpart of The Black Friday and Cyber Monday that favoured the large brick and mortar stores and e-commerce stores respectively, American Express came up with ‘Small Business Saturday’ as an alternative. This campaign caught a rage and even the former president Barack Obama lent his support for the event. In 2014, nearly $14.3 billion was spent on Small Business Saturday.

Aligning all employees with the CX goal:

The current Chairman and CEO of American Express, Mr. Kenneth Chenault is a huge proponent of customer experience. He takes pride in the fact that American Express has invested in the infrastructure, training, and resources required to provide its customers with a delightful experience. He has boldly declared that his competitors don’t know the importance of customer experience and they don’t walk the talk. Talking so candidly about CX and its importance ensures that every employee across the organization is aware of the goal of the entire organization.

Are there any other financial services organizations that are renowned for their customer centricity? Do let us know how customer experience drives such organizations to their zenith!

Begin your journey towards success by requesting for a demo with Omoto, an omni-channel NPS Solution for all businesses.

5 Surprising MISTAKES You Are Making In Your NPS® Survey